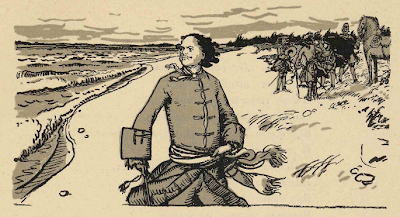 Care taken by Peter the Great to improve the shoes of the Finland peasantry. 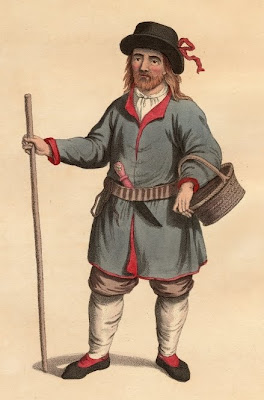 THE Russian Emperor, notwithstanding the important affairs that demanded his attention, did not neglect those which seem of inferior consequence, but which nevertheless contribute to the happiness of the people: several of his actions prove this beyond dispute; but the only one we shall mention here is the pains he took to improve the Russian labti. The labti is a kind of shoe worn by the country people, and is made of osiers, or the bark of the birch tree matted, in the form of a sock, and tied on the foot with a string.

The Czar having remarked that the Russian peasants made more neat and durable labtis than the Finlanders, attributed the diseases to which the latter were subject to this want of industry. He asked them why they did not make their labtis with more care? and as they answered they could not, he sent for six men well skilled in the business from the governments of Novogorod and Casan, from whence many thousands are circulated every year over the different provinces of the empire.

These six workmen were successively distributed through the parishes of Finland, where, under the inspection of the vicars, they taught the peasants to make their labtis in a more wholesome and durable manner; nor were they permitted to return home till all the inhabitants had learned their method.

The vicars were obliged to give an account every month, to the governor of Vibourg, of the progress made by their parishioners. They also received a sum of money, which they distributed to the shoemakers at the rate of a rouble per week.

By these means the benevolent Czar procured the Finland peasantry shoes more capable of resisting the weather, and consequently more proper to defend them from the diseases to which they were exposed by those they were before accustomed to wear.