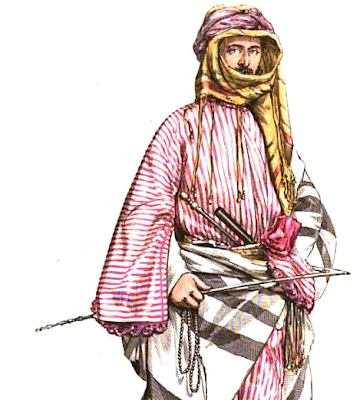 August 1st.—Abo—We reached to-day, after a delightful sail of sixty hours, mostly surrounded by pretty little islands. It formerly was part of Sweden, but taken from her by the Allied Powers in 1815, and given to Russia, while Norway was taken from Denmark and given to Sweden.

Our luggage and passports examined, and our descriptions taken (my friend has a middle name, and the official gravely asked if the two first would not answer without the third), and a refreshing swim in the Gulf of Finland, the Finn, who lives here, took us a drive through the town in droskies, the funniest contrivances you can imagine. They are only a foot and a half from the ground, with low wheels, a wide mud-guard, protecting seat and steps, and the most conspicuous thing about the vehicle. Sinking into a low, scanty seat, no cover, and buttoned in by an apron, the driver, in a long dressing-gown-looking coat, confined at the waist by a red sash, with a very low, but immensely bellcrowned hat, mounted the little box in front, and started his miniature Bucephalus off at a gallop. Both arms were kept going, whipping, slapping, and he chirruping to this imaginary steed, who hurried us over gutters, pavements, up and down hill, at this same rapid pace. We wished to see a Cossack regiment stationed in the suburbs, but were disappointed—they were not in uniform. They are a most miserable dirty-looking set. The horses are small and badly shaped, though, I believe, of great endurance. Returned just as a lumbering travelling carriage started off, drawn by four little rats of horses, tied by ropes to every place they could hitch fast to. In, on, and around it was stowed luggage enough for a caravan. I counted ten umbrellas, six canes, and five parasols!

August 2d.—Revel—We reached this afternoon, after two days of steaming. Yesterday afternoon and evening had a violent thunderstorm. The captain, for safety, anchored at dark. All who could, got into the cabin; the rest were obliged to avail themselves of the carriages, awnings, luggage covers, etc. We were in the back cabin, a room about twenty by twenty-four, of which one-half was occupied by berths, which, with closed windows and bed curtains, caused an oppressive heat, almost stifling; but we poor (sixteen) mortals, by dint of obstinacy and perseverance, managed to survive the night.

By six this morning were at Sweaborg and. Helsingfors. A small town, with a very fine fortress, impregnably fortified, and called the "Gibraltar of the North;" the place, principally a military post, and containing many public buildings, has an imposing Lutheran church. Then across the Gulf of Finland to this place, which we reached at four this afternoon. It is the great naval dépôt of the Baltic. We did not go ashore; there was a pelting rain all the time we were here. Among the passengers who came aboard was a young Prince Bobinski, a very gentlemanly, intelligent young fellow of about twenty, a midshipman, and grandson of one of the Empress Catharine's "nephews". 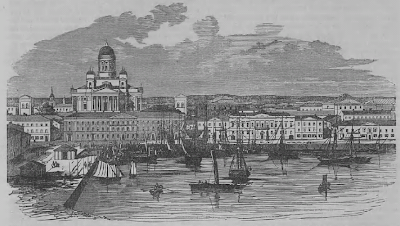