Our route took us across southern Finland via Viborg and Riihimäki to Raumo. Just before coming to Viborg the train guards pulled down the window shades and warned us not to look out of the windows. Soldiers, they said, were stationed all along the railway tracks, and they were ordered to fire at the slightest movement that could be regarded as an attempt on the part of a passenger to view the fortifications of the town. Remembering how implicitly the Russian soldiers obey orders, we were mighty careful not to approach the windows.

At every station of any importance we were threatened with the possibility of having to leave the sleeper and move into a crowded day coach. But "the holy ruble", whose potency in Russia we had long since learned to appreciate, had a marvelous effect on the guards and officials, and our willingness to hand out the silver on demand enabled us to retain our places in comparative comfort.

At Riihimäki, which we reached about three o'clock next morning, there was a long stop of several hours. Here we were able to secure refreshments at the railroad restaurant. After leaving this station, our train moved very slowly and at times we despaired of ever getting to our destination.

At last toward evening we were approaching Raumo. The moment we arrived at the station we dashed out to obtain passage across the Gulf.

Stephen Graham: Russia and the world. A study of the war and a statement of the world-problems that now confront Russia and Great Britain. 1915 s. 287-290


Into the fast Finnish thrain starting so late one night from Petrograd, and away towards the Gulf of Bothnia shore, the engine screaming like a sea-gull! The train runs all night long, and in the morning we emerge into a new country with a new landscape - Finland. A melancholy and yet beautiful country. 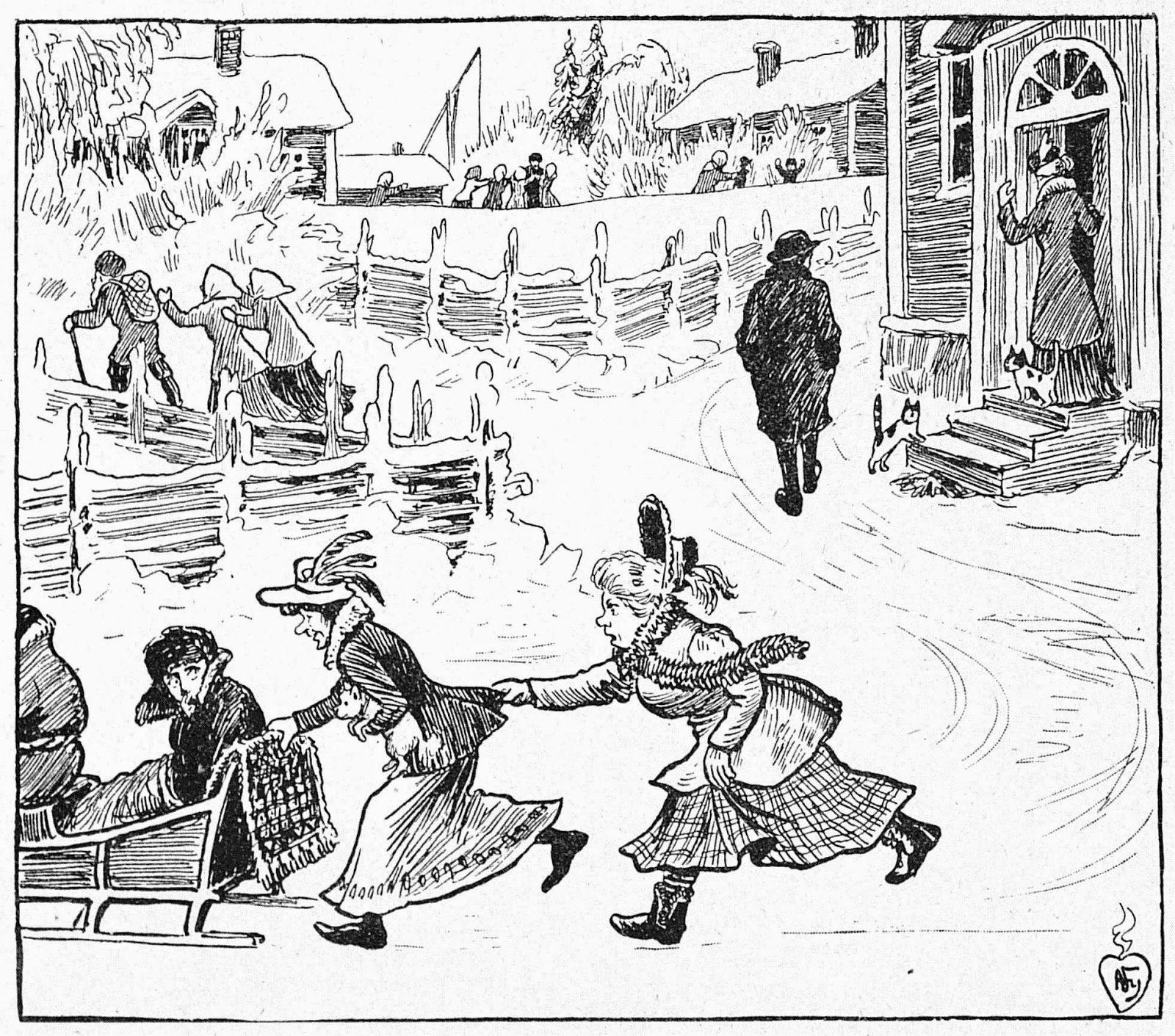 Snow-covered fields, cold wooden houses with pointed gables, red-painted chalets, an upland country on which Jack Frost has breathed. Vast shadowy lakes to which the lowering and tumultuous black sky leans down. There is a sadness beyond words, but it is a country to love tenderly. Far away lies the black other side of the lake looking like the end of the lake's life. We love things that are limited - all mortal things like flowers, humans, little lakes - much more than we love stars, gods, seas. We are tender to all that dies, that has en ending or a limit or another side. [...]

We had to stay forty-two hours at Raumo on the coast - the port of embarkation for Sweden. We arrived at four in the afternoon, and instead of the train proceeding direct to the harbour it stopped at the town. We were informed that the three Swedish boats in the harbour were packed with Germans thrown out of Russia. We should have to go to an hotel. The hotels were all full; it was necessary to seek a hostess in a private house.

Next morning, while it was yet dark, we had to get up, hire sledges, and pelt through a blinding snowstorm to the pier, where a boat was supposed to be waiting for us. At the pier we found yesterday's streamer still loading and in no hurry to go out. A boat would come for us some time in the afternoon. Meanwhile our trunks were opened and all correspondence was seized and examined so as to prevent letters being taken abroad "behind the Censor's back." A boat came in and we were given cabins. Next day, about eleven o'clock in the morning, we steamed out of the harbour, led by a pilot.

What a boat that was! It was packed with German refugees from stem to stern. Germans on the decks, in all the passgaes, in the saloons and eating-rooms, crying, shouting, jesting. Directly we got out of Russian waters it was possible to buy lager beer and spirits, and the Germans appreciated the situation. As one old drunken fellow said: